With my free time this winter holiday, I have been very effectively creeping myself out by reading spooky paranormal tales on the internet. I am the last person who should be reading things even slightly creepy – because I get scared SO easily!

Oddly enough, I used to LOVE Stephen King books, but I have become such a wimp when it comes to scary things that I only read his books during daylight hours. Somehow, things are less scary during the day. (The night is dark and full of terrors after all…)

So, here are 3 spooky stories that creep me tf out – enjoy!

In 1954 a Caucasian businessman arrived at Tokyo International Airport claiming to be from a country called “Taured”. The airport staff were convinced that the man was playing an elaborate hoax, as “Taured” does not exist. Things became even stranger when the man displayed his passport issued by Taured – with recent visa stamps – as well as a driver’s licence from the mysterious country.  He claimed he travelled from Taured to Japan on regular business trips – but the company he was meeting with had never heard of him, and the company he worked for did not exist. The hotel he had reserved a room at also did not have a booking for him.

Becoming irate, the man explained that his home country “Taured” was on the border between France and Spain. The immigration officials showed the man a map (as below) and the man became hysterical. The man claimed that Andorra was right where Taured should be.

Still in shock, the man was detained by customs and given a room for the night at a nearby hotel until the immigration officials could figure out what to do with him. But, the following morning, the man from Taured had vanished from his locked and guarded hotel room, along with his personal belongings and documents being held in the airports security room. It was as if the man had never existed…

So, did the man from Taured conduct an elaborate hoax? Did he ever really exist? Or did he unknowingly slip from his universe to ours and then return without a trace?

2. The Mystery of the Mary Celeste

On December 5, 1872, crew members of the Dei Gratia spotted a ship adrift in choppy seas. Captain David Morehouse was surprised to discover that the ship adrift was the Mary Celeste. A ship which had departed New York eight days earlier and should have already arrived in Genoa, Italy.

A boarding party was sent to the ship to offer aid, only to find that the ship was deserted. Below decks the ships charts had been tossed about and the crew’s belongings were still in their quarters – as if they had to abandon ship very rapidly. The ship’s only lifeboat was missing, one of the ships two pumps had been disassembled and three and a half feet of seawater sloshed in the ship’s cargo hold – but their cargo (1701 barrels of industrial alcohol) was intact as well as their supply of food and water.

Ten people were on board when the Mary Celeste departed New York eight days earlier, and no trace of them was every found. Was it pirates? Then why didn’t they steal anything? Was it a malfunction of the ship? If so, why did they disassemble the pump and then abandon ship so rapidly? And then where did they go after abandoning ship? I don’t know – but ghost ships creep me OUT!

The unexplained deaths of 9 experienced ski hikers in the northern Ural Mountains has be speculated upon for years. On February 2, 1959, the trekking group (all from the Ural Polytechnical Institute) established camp on the slopes of Kholat Syakhl. During the night, something made the 9 young trekkers tear out of their tents and flee into the freezing snow without adequate clothing for warmth. All were well aware of the dangers of hypothermia – but at the time something else was a greater threat.

Of the 9 trekkers, 6 died from hypothermia, but the others showed signs of physical trauma. One victim had a fractured skull, and another had obvious brain damage, without damage to the skull. One female victim was missing her tongue.

As there were no survivors, there is only speculation as to what happened that night. Some explanations include an avalanche, military involvement or infrasound-induced panic (essentially low-frequency mind control). Or aliens. Or a yeti. Believe what you will… 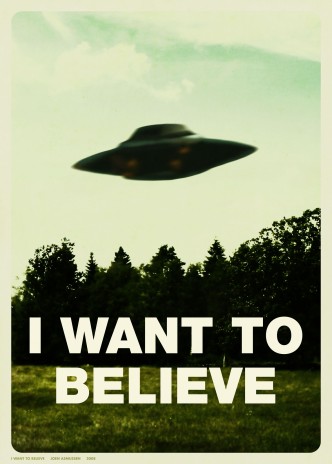 So, I hope that wasn’t too creepy! I do love reading about these unexplained mysteries – but not at night…